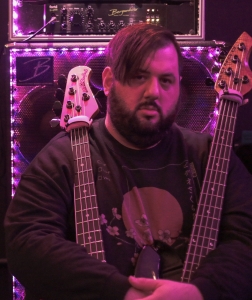 Okay Joey, right out of the gate, who do you think makes a better sauce and meatballs, you or Jim?

Where were you born and raised?

What makes the bass so special to you particularly, and how did you gravitate to it?

How did you learn to play?

Are there any other instruments you play?

How has your playing evolved over the years? Can you describe the changes you have made from your start until now?

Who would you say are the four players who would make the cut as your influencers and why?

We know your band the Neon Skyline has a new single “Golden Heart” that just released on June 25. Can you tell us more about this?

What are you currently working on (studio, tour, side projects, etc.)?

We know you searched high and low for a Bergantino 610 and found one! How’d you find out about Bergantino, and can you share your thoughts on our bass gear?

Tell us about your favorite bass or basses.

During the down time with COVID-19, what did you work on, and are you now out and playing again?