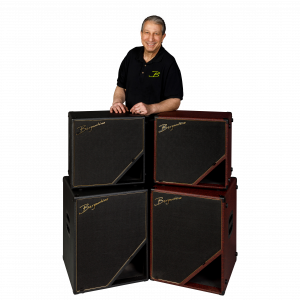 The new series includes the Reference II Series 112 and the all-new 115, which both feature a bold new look, lightweight shells, and powerful ceramic magnets. 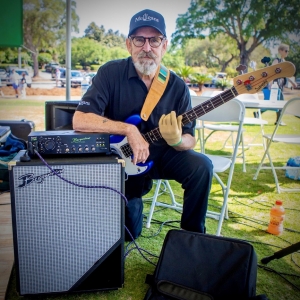 Dave Hope should need no introduction, but just in case you’re a young whippersnapper and haven’t been introduced to his work, I’ll give you some thoughts. An industry icon and founding member of Kansas, Dave and his band of misfits, from the middle of the US, created, that’s right, created a genre of music. Refusing to be pigeonholed into a specific category, they combined elements of jazz, rock and operatic anthems. The band blazed a trail for many more who follow to this day.

Dave’s task on bass played an immense role in the band’s success by marrying Kansas’ complex melodies into one, cohesive wall of sonic greatness with texture, creative dissidence, and legendary hooks and riffs, all with mind-blowing vocal harmonies. Kansas was truly ahead of its time.

I got the chance to “virtually” sit down with the man himself, Mr. Dave Hope, and ask him a few questions. Please enjoy this as much as I did.

Dave, it is an absolute honor. What would you like to share about your experience in the music industry for so many years?

For me personally, when I look back at the years in Kansas, the awards and being on stage never crosses my mind. What I value now was the opportunity to experience success and to tour the world with my friends from high school. Who gets to do that?

I can remember playing our first encore at Madison Square Garden, and saying to Rich before we went back on, “This is crazy. What are we doing here? We’re just some rubes from Topeka!”

What I experienced in the music industry could be summed up in our yearly schedule we did for ten years in a row. Nine months of constant touring. One month of working up an album from scratch. One month to record the album. The last month was divided into different four- to five-day breaks throughout the year. I never saw the industry part, but I’m an expert on Holiday Inn rooms.

How has the role of the electric bass guitar changed in regard to how it is utilized in the song?

Technically, the players I see on YouTube are much better than in my day. Yet even though I hear better licks, I do not hear better constructed bass parts. It was much more of a team/band mindset, rather than an instruction video/solo mindset then. Growing up, bass was only heard within the context of a band.

Personally, I admire any person who can play a Cello Suite by Bach on bass, but I also find it an extremely tedious to listen to. I want to hear great bass parts, not bass licks and exercises.

Where do you see the instrument going into the next decade?

Oddly enough, where I hear some of the freshest approaches to playing bass is from the women’s sector. I love how Tina Weymouth or Laura Lee and many others, have gone back to the bare bones of constructing a solid bass line. I only listen to players within a band context. So, the male players I admire most are along the lines of Joe Dart or Stephen Campbell.

One reason I believe there are more women playing bass is because basses now play much better and the amps are lighter. Very weighty basses and 300-pound SVT rigs were not possible for most women in the 1960s and 70s.

Personally, I do not believe in the mystic of the vintage instrument. I almost had to beat my 60s P basses into submission to get certain tones from them. My mid-priced Sadowsky is superior to any of the many classic basses I’ve owned.

I’ve never missed any of those old basses and neither does my arthritis.

Do you still play bass regularly?

Fortunately, God has blessed me in that I have always had a musical outlet. I am currently playing with a band called The Mulligans. We are a group of old coots who play 60s and 70s hits. It’s a lot of fun and very similar to being back in a high school group again. There’s nothing like going deaf with friends.

Tell us about your studio setup for recording the iconic album, Leftoverture.

There were just not that many options or toys to play with in the studio back then. The hot studio setup back then would have been a Neve board, Studer tape machines, and McIntosh tube power amps.

My memory of recording was of sitting in the control room and using the playback speakers as my monitor because I don’t like headphones. Ninety percent of my bass was just a DI into the board with a little compression.

The bass world at that time was void of any foot pedals that sounded good. So I have no recollection of using any effects while recording, they just didn’t exist outside of the studio board. Our recording process was to first get down a keeper drum track, and build from there. Phil usually cut his drum tracks to just a reference guitar or piano with me on bass. Sometimes Steve would sing during the verses so we could tell where we were.

Then, I would sit in the boardroom and play to just the reference/scratch track and “keeper” drum tracks. Studios were not my favorite places to make music, because I could never come close to warming up like I did live (and I’m hopelessly antsy). I can never remember walking away from a studio feeling like I just laid a great bass part. I mostly walked away with a sigh of relief thinking, “At least I didn’t screw it up too badly.”

This was mainly because after the first album, our yearly schedules were something like this: We would come off ten months touring, take a two-week break and then have to get back at it. We only had a month to work up an entire album up from scratch before we went into the studio. So, we hardly knew the songs more than a few weeks or even days before recording them.

We did not build songs from scratch in the studio. What I always felt set Kansas apart from most other “prog” groups (that term didn’t exist then), was not only could we play the highly orchestrated stuff, and also weave in and out of weird time signatures fairly fluently, but we could also turn around and do straight up rock and roll songs like, “Carry On.”

We admired/loved the British groups like Yes, Genesis and King Crimson, but none of those groups, to my knowledge, could just play a straight-up rock song. We never avoided any style because we were fairly apt in all of them.

When Kansas started playing some of the bigger venues (arenas, stadiums), tell us about some of your favorite live rigs from back then.

I started this evolution of rigs back in the club days. As a foundation, I always kept an SVT amp and its 810 cab as half my rig, but I kept experimenting with the other half.

First, I put an acoustic 360 and patched it together with the SVT half. That was too powerful on the bottom end; it was hard to hold down. Then, I got my hands on a used Marshall 415 bottom with a 200w Marshall Major head. This one was the best of the lab experiments. It had that deep scooped sound with that Marshall grunt. (Sounds like me and my dog “grunt and scoop.”)

Then, the stupid musician looking for the euphoric amp took over, and I ditched the Marshall. My third experiment was a Sound City 412 with a Sound City head. It didn’t have the headroom. By the time I got it loud enough to compete with the SVT tone I liked, it went way “farty” (technical bass term) on me. These were rigs that I used on stage during my club on throughout our theater-size concert days. Once we hit the arenas, the bass was a joke in those days.

What led you to find Bergantino gear?

After I left the priesthood five years ago, I found the whole bass world had drastically changed since leaving Kansas in 1983. So, as I gathered online information about what the quality players were using, Bergantino was a name that kept popping up. I live in a tourist trap, in the panhandle of Florida, so our music store can only afford to stock the basics. I took a leap of faith and ordered a forté HP.

The first minute I messed with it, I knew this amplifier was a thoroughbred, rather than a work horse. I kind of hesitated when I learned Jim was an engineer rather than a player because engineers usually build amps that come with an owner’s manual the size of a telephone book. I found this a very easy amp to figure out. I’ve never understood owner’s manuals; the options to nail the right tone are vast. I’m loving my forté HP and

my highest compliment is that at the age of 71, for the first time in my life, I am not in the market for an amplifier or a bass! I now have the best of both for my needs.

To bass players, I would say, don’t get caught up in one genre. Try and learn some very basic theory. I never played a chord instrument until I was out of Kansas, only trumpet and tuba. I will also pick up guitar for church, and it definitely adds a depth to my knowledge of bass. Also, learn the modes and you will learn the neck. Yes, it’s somewhat boring, but you are also in the muscle memory business.

Personally, I think it’s essential you learn to play in a few odd-time signatures; try to learn “Song for America.” You might not ever use it, but it will strengthen your overall sense of rhythm.

But most of all, thank the good Lord for giving us the gift of music. 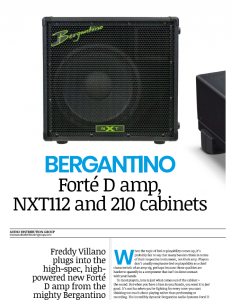 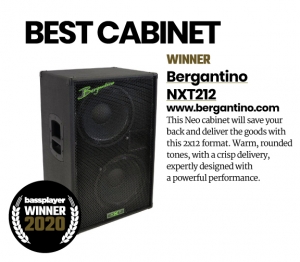 Such an honor! After 20+ years of the ceramic-neo “tango”, engineer Jim Bergantino did what engineers do: Solved another problem. Working closely with the engineering team at Celestion Speakers, together they developed the revolutionary NXT (Neo Extreme Technology) line of woofers. No more compromising tone for weight. The NXT line of bass cabs truly represents the next generation of bass amplification. Thank you Bass Player Magazine! For more information regarding the technology please visit the https://bergantino.com/product-category/bass-guitar-speakers/nxt-series/ 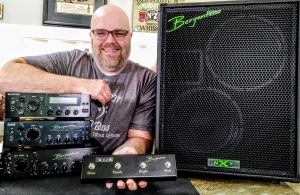 Bergantino continues to innovate, with stunning bass reproduction in a small and light weight package. 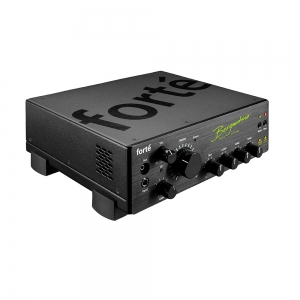