Bergantino Audio Systems would like to welcome Christopher Harold Wells to our artist roster. We first met Christopher at NAMM 2020. With a larger than life personality, smile and penchant for hats! Christopher is a multi-talented musician who’s been busy with the release of his new album with his band, The Neverlutionaries. Welcome Christopher! 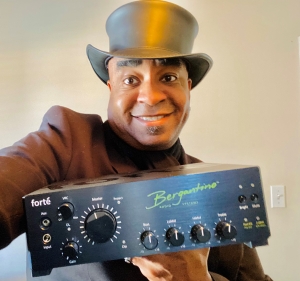 Christopher, what have you been up to these days?

I’ve been preparing for the release of my new album that will be coming out on Polychromatic Records in February and trying not to lose my mind during the pandemic and recent social unrest. What better time to create new material!

Where were you born and raised?

I was born in Philadelphia. We moved to Virginia after that and then Raleigh, NC when I was a teen. Before the pandemic, I was dividing my time between San Francisco and Nashville. I can’t wait to get back out west when the virus is under control and travel restrictions relax.

What makes the bass so special to you and how did you gravitate to it?

After hearing the Rush song, “Freewill”, there was something about the low end and Geddy Lee’s aggressive riffing that really spoke to me. Soon after, I found myself always picking out the bass lines on songs. After that, I really got into playing bass and knew that it was to be a big part of my calling.

How did you learn to play?

I learned how to play, listening and mimicking my favorite records…everything from Zeppelin, to Cream, to the soul sounds of Philadelphia that I was raised on. Bass guitar is the essential anchor for all music. Without the bass, the music would not translate the same way.

Are there any other instruments you play?

I play guitar, a bit of piano and I sing as well but bass will always be my first love!

How has your playing evolved over the years and have you made changes?

My playing has evolved over the years as I have gained more musical knowledge and was exposed to different types of music and experiences. At first, I was influenced by a lot of pop and soul, then as I got older, I got into jazz, hard rock and metal. I try to keep a very open mind when it comes to listening to new music so I can constantly increase the range of my palette.

Describe your playing style(s), tone, strengths and/or areas that can be improved on the bass.

I have a subtly aggressive style. I started out playing with my fingers like my heroes Geddy Lee, Steve Harris and Jack Bruce. When I got into recording later in my career, I started using a pick for some recordings as it made my parts meld with the rhythm better. As far as tone goes, mine is between Geddy Lee and John Paul Jones. As a musician, I will always be open to growing and evolving as more influences get introduced over time.

Who would you say, out of four players, that would make the cut as your influencers and why?

I adore the unbridled funk style of Bootsy Collins! He is so darn funky that you can’t help but groove to it. Verdine White is so melodic and free that it’s just plain thrilling to hear! John Paul Jones is another huge influence.

He brings versatility to the game. Led Zeppelin played many genres but his sound translated perfectly to whatever type of song he was playing. Last but not least, the late, great Mike Starr had a wonderful style that pushed AIC songs along like a locomotive. That Spector sound is amazing and sits in the mix so well. If I had to choose just one, John Paul Jones is the end all/be all for me. 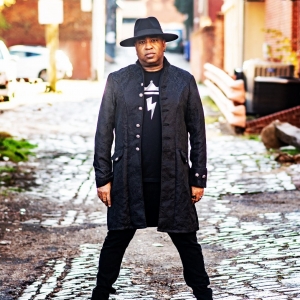 Can you share with us a little bit about your band The Neverlutionaries and your new release, Ariana?

The Neverlutionaries is my way of celebrating all of the genres that have made me musically who I am today. I have ballads, gritty rockers and tunes in between. I liken it to life. There are easy days, hard days and days in between. I really wanted to convey this while I was recording the record and I hope that we succeeded. “Ariana” is one of my favorites from the record. It’s like a little trip to a beautiful place. I love the bass tone that I got on it and I am pleased about how the listening public has embraced it thus far! It’s a cool little, vibey love song that almost anyone can get into…my humble opinion, of course.

What meaning does the name “Neverlutionaries”?

Essentially no revolution will ever be again. I was having a conversation with gifted guitarist, Johnny Axtell, who plays on a couple of tunes on the record and that word popped up. I was looking to name the band something cool and boom, there it was and here we are!

What was it that inspired the song “Ariana”?

“Ariana” is about a love that I’ve searched for for my whole life, that up until now, wasn’t ready to receive. The song is essentially a call to the universe like, “I’m ready for you if you’re ready for me.”

Your new album released February 12th, can you share some of the details?

The self-titled debut album comes out on Polychromatic Records, based in Nashville. It has different vibes and genres represented but it sounds like me as I love all of the different elements on it. Some folks may not dig every song but there’s one or two that should grab you no matter what type of music you are into. It’s my life’s soundtrack. 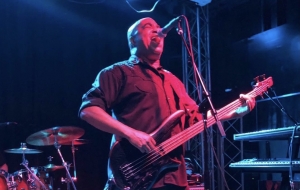 Let us know what you are currently working on (studio, tour, side projects, etc.).

I am focused on doing press for the record and beginning to write the follow up. When it is safe to tour, I want to rock the whole planet. It seems that I’m always working on getting a cool new sound or something. I’m a studio rat for sure!

How’d you find Bergantino and can you share your thoughts on our bass gear?

I was at NAMM 2020 with a couple of buddies and we were walking through the huge floor. Ironically, I was mentioning to my friend how I didn’t want to be one of those guys that plugs in at every booth and just turns up really loud and starts being obnoxious!  Ironically, within twenty or so steps, I heard someone playing one of Bergantino’s amps, my buddy, who was with me who has been a friend of mine since we were teens, looked at me at the same time we said, “It’s the sound!”  Essentially, I told him of a sound that was my dream sound eons ago. Bergantino amplifiers were the closest thing I’ve heard to the sound that I dreamt of and heard in my head. In my opinion, as I have played most of the amps and gear out there, Bergantino amps just have an articulation of the notes that second to none it sounds like your fingers amplified allowing each player to sound like them not like certain amps that are made in no matter who’s playing through it, it sounds the same. Being introduced to Bergantino Audio Systems and their amazing amps has been a game-changer for me.

Tell us about your favorite basses.

I am currently waiting for a Mercury Fender Jazz bass II to become available from my bass retailer . I have always been a sucker for a Spector bass and tracked a couple of songs on the record with one. They are so wonderful sounding and the midrange cuts through any mix so nicely.

I really love to cook as I find that cooking and creating music are very similar. It’s all about timing, the right ingredients, and knowing when it’s done.Since the pandemic, I’ve been smoking briskets and pork shoulders. I’m not an expert yet, but I’m getting close to a really great product.

What have you had more time to work on or explore since the pandemic?

My spirit. I have dug deep with all of this time on my hands and brought to the forefront a few things that I safely stored away in my subconscious. The process was not easy at all but dealing with things and getting through them has made me a lot happier, appreciative and patient, which is something I’ve needed to focus on for a while now.

Yes there is! Thank you all for creating such wonderful products. Discovering  Bergantino’s sonic offerings was the highlight of NAMM 2020 for me!

Claudio with this groove that has that vintage 70’s Cop TV show flavor! Claudio... Bergantino Artist Daniel Sing with his live arrangement of BET. Daniel is using...
Scroll to top